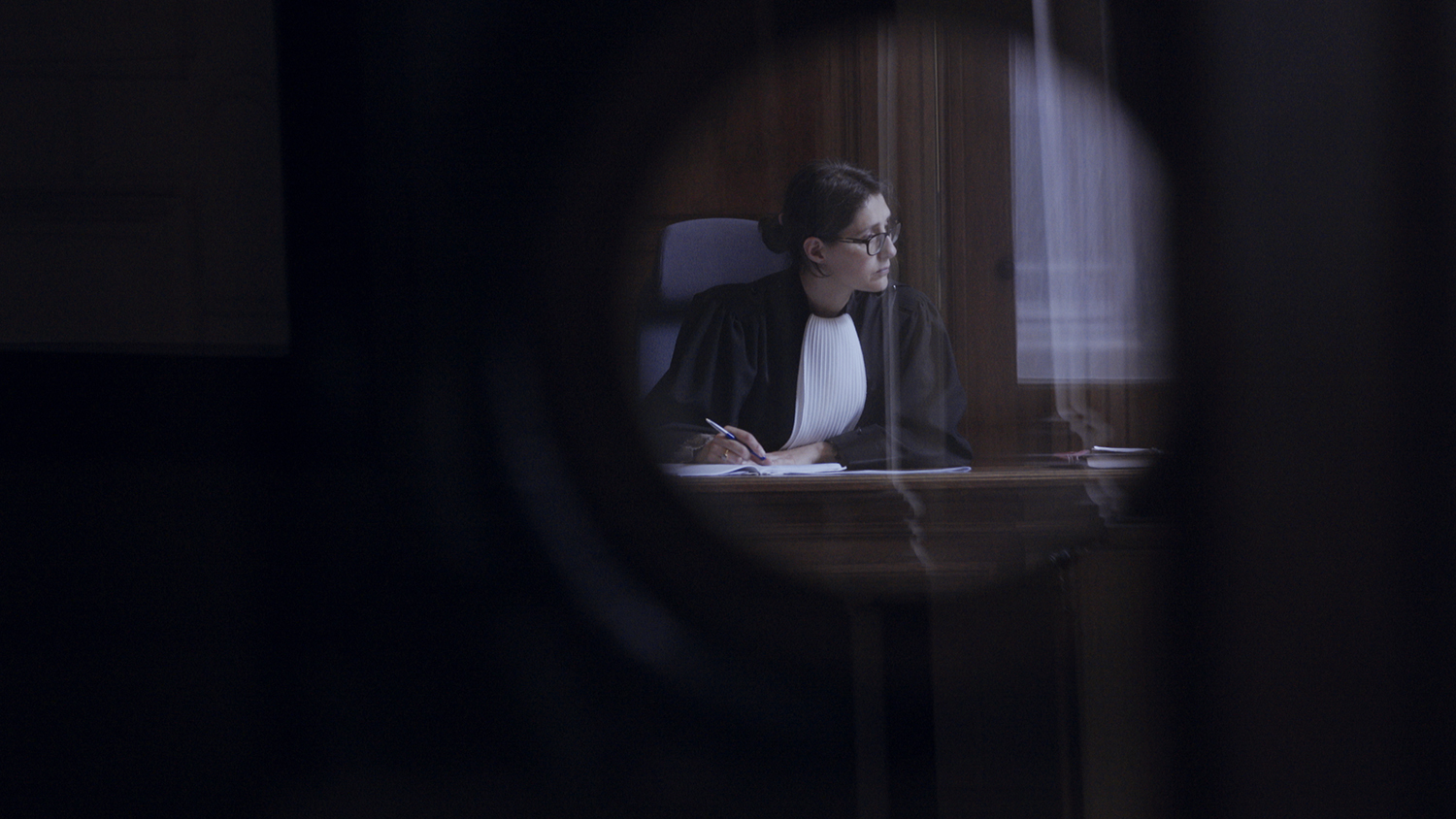 In this talk, Carey Young will speak about her artistic interests in law, and her work Palais de Justice, in conversation with Barbara Villez, emeritus professor at University Paris 8, an expert in the representations of justice in film/TV, media and art. Carey Young will discuss the iconography and theatricality of the Palais, and will reflect on the unusual process of filming the work, as well as her wider interests in terms of questioning the languages, rituals and aesthetics of law, in a body of artistic work she has developed over the last seventeen years, often in collaboration with a legal team.

Barbara Villez is emeritus professor at Université Paris 8, where she directed the JILC (Justices, Images, Languages, Cultures, www.jilc.fr) and the Labex Arts H2H research project « Performing the Law ». As associate researcher at the Institute for Advanced Judicial Studies, she headed a project on images of justice and at the Laboratoire Communications et politique of the CNRS she created and directed a research network on television series. She has organised several workshops on representations of law and justice in continuing education programmes for judges and prosecutors at the Ecole nationale de la Magistrature. She has published Séries télé:visions de la justice (PUF 2005), Television and the Legal System (Routledge 2009), Law & Order (New York Police Judiciaire): La Justice en prime-time, PUF 2014) and numerous articles on representations of justice (television, other media and art).