About Constellations for Futures 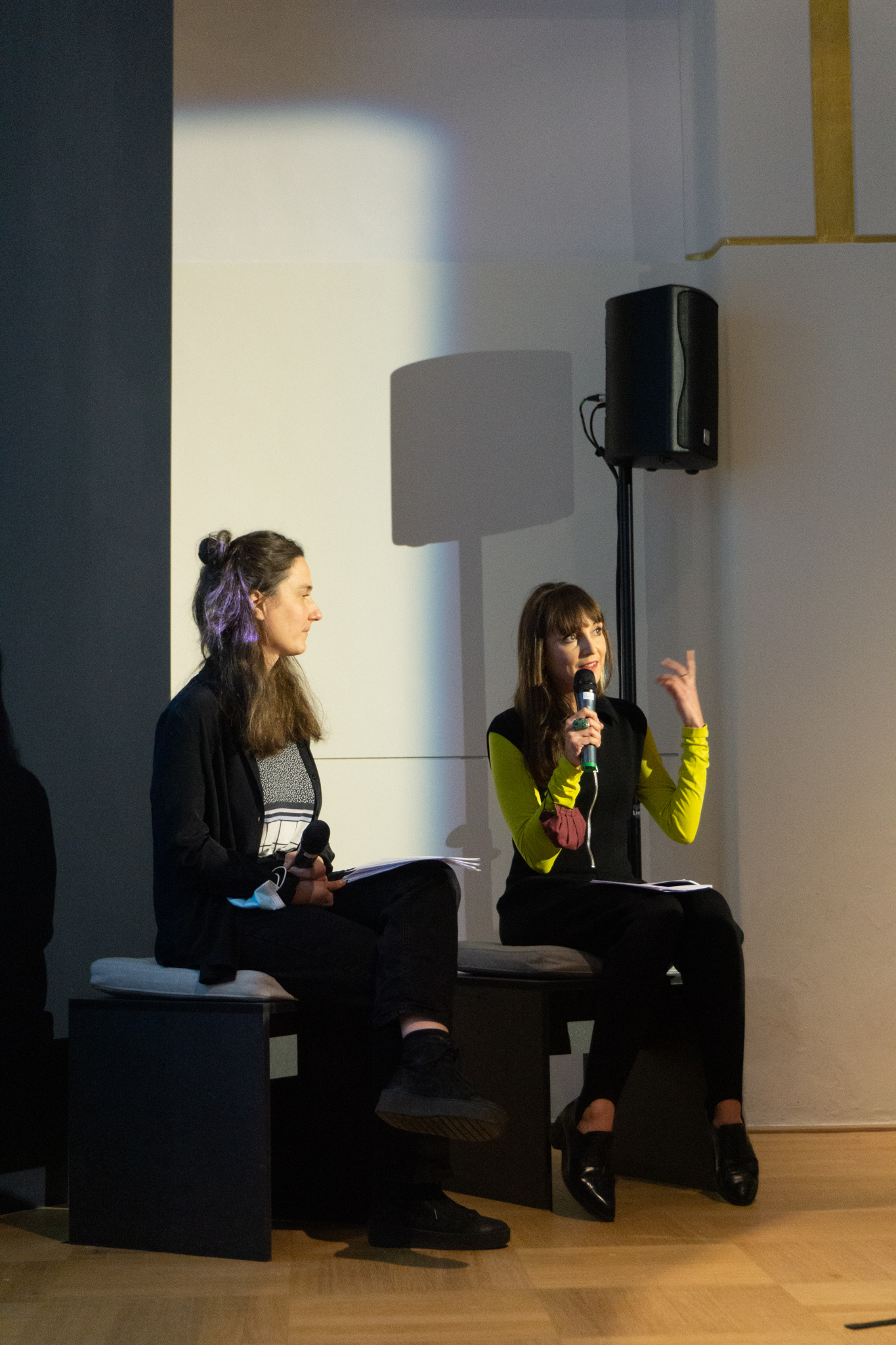 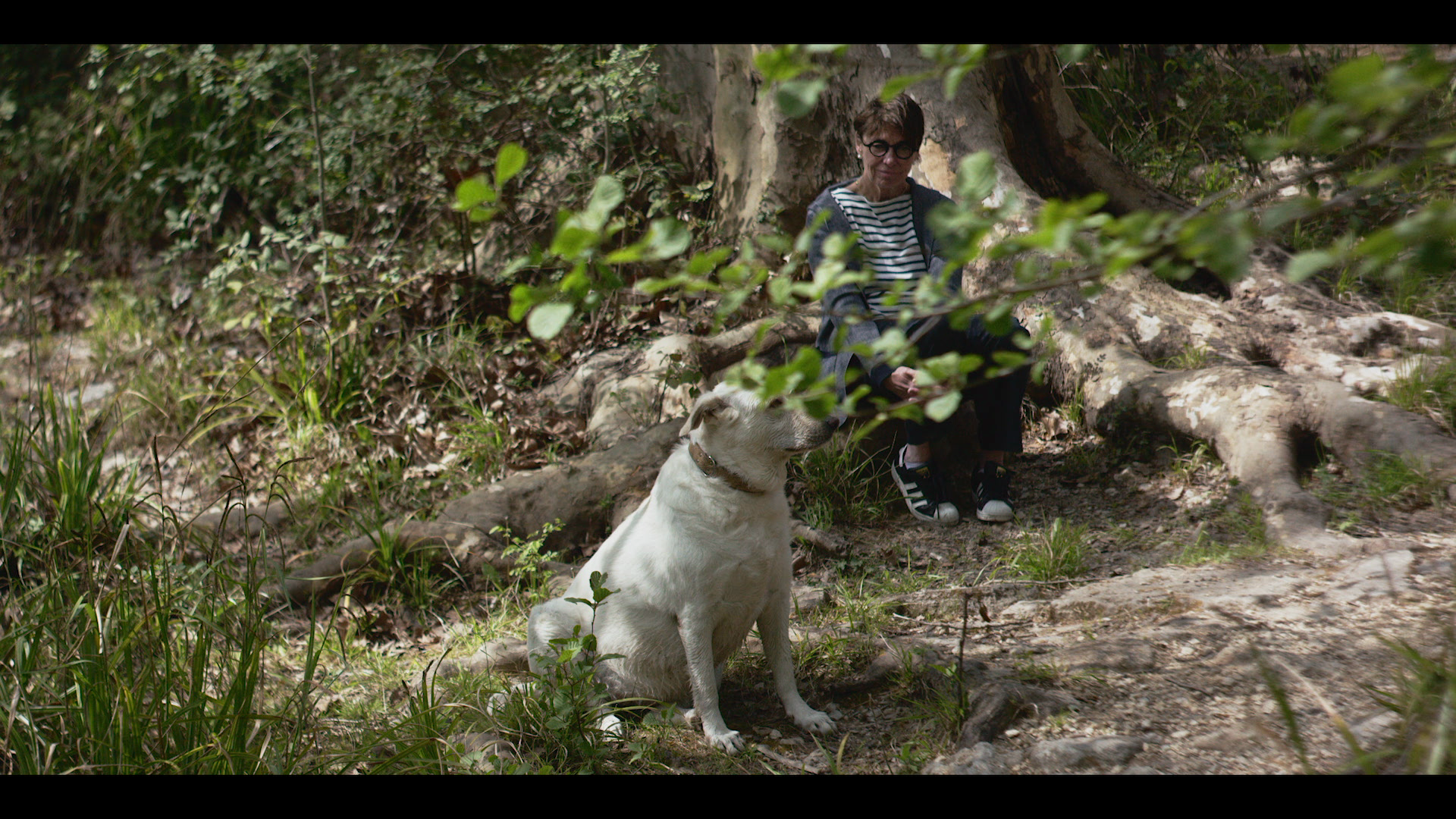 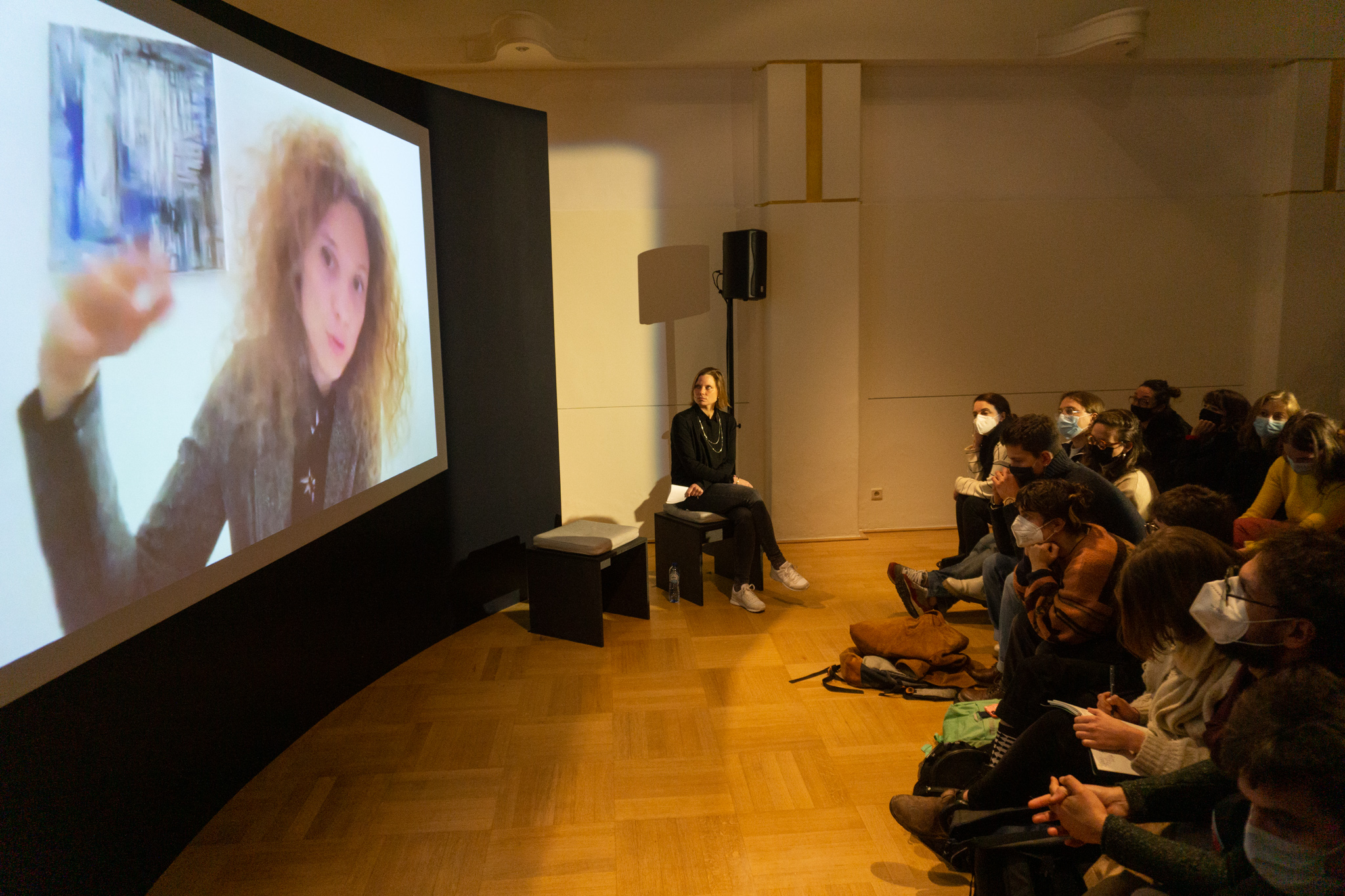 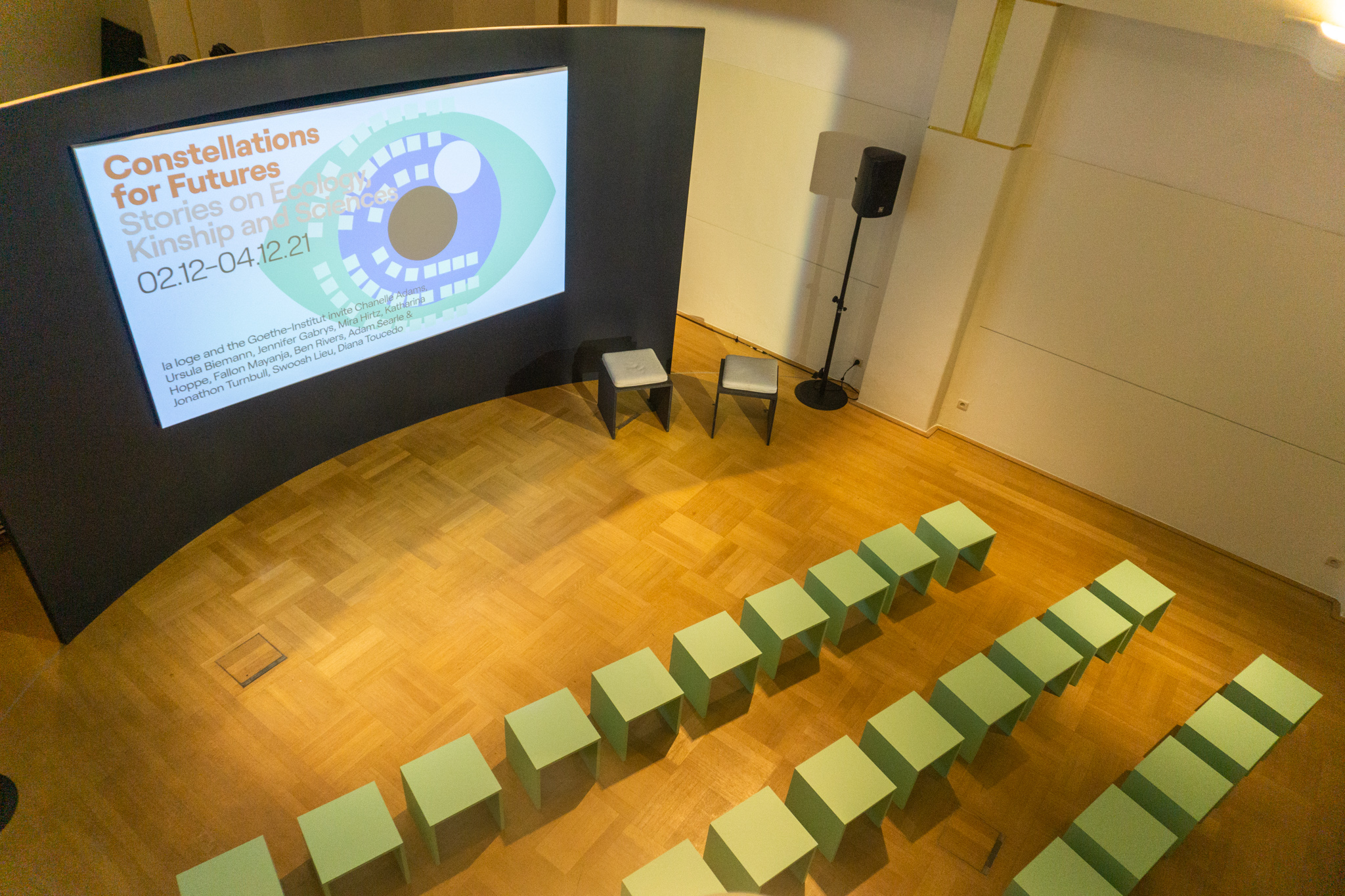 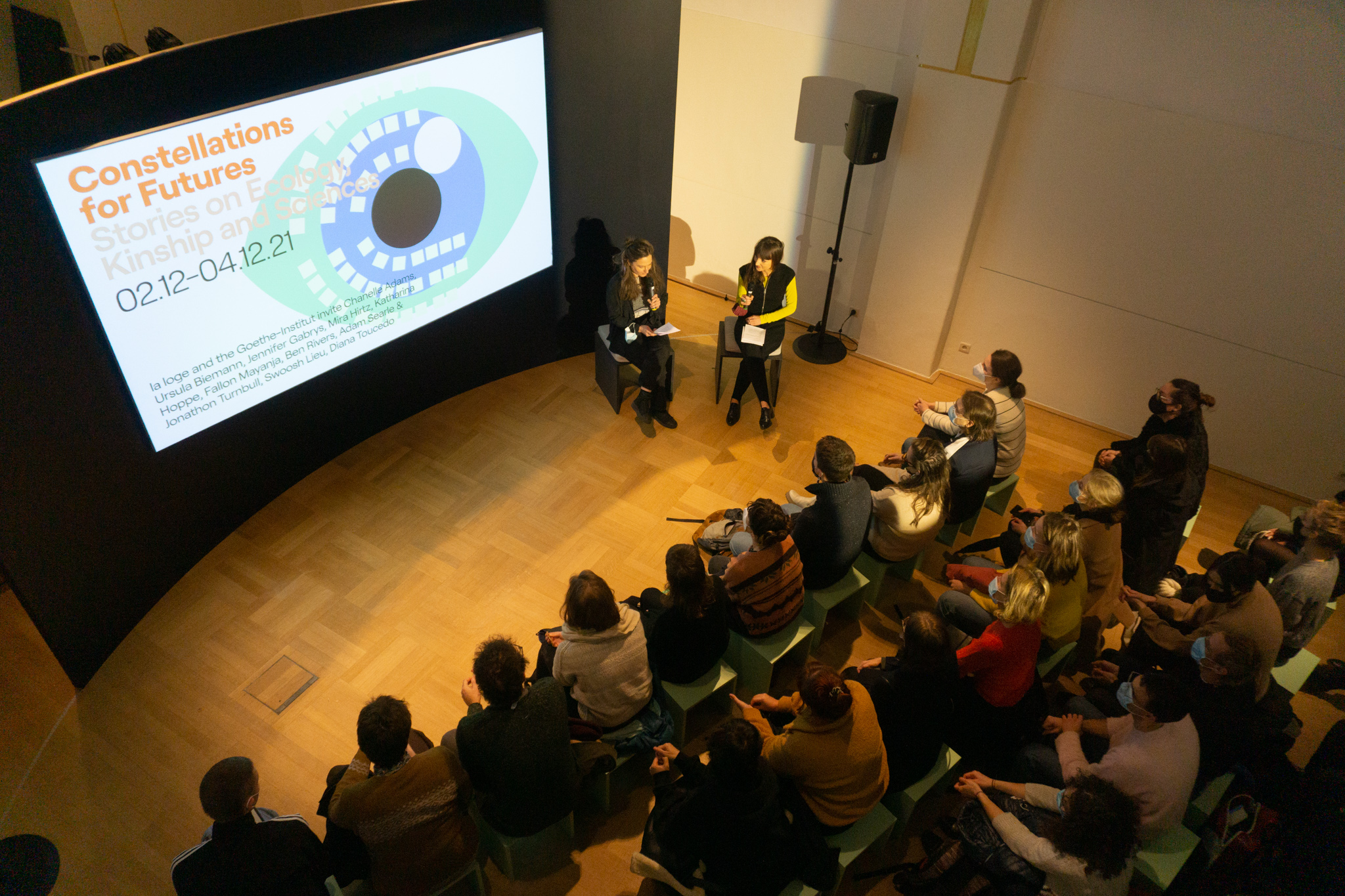 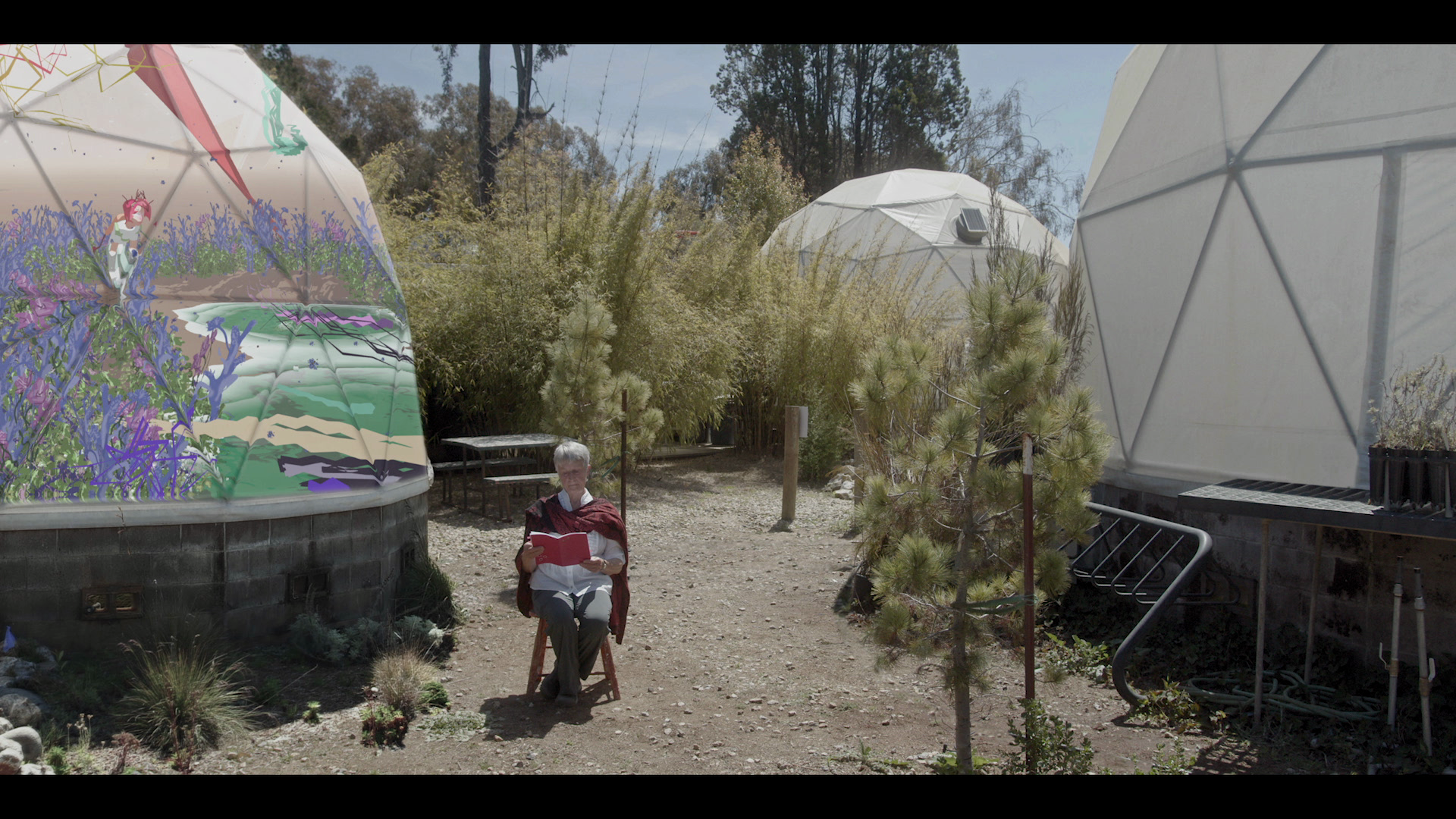 Screening of a new film by Diana Toucedo, Camille & Ulysse, 2021
Followed by a discussion between director Diana Toucedo (online) and researcher Katharina Hoppe.

19:00
Welcome and introduction to the programme

The philosophers Vinciane Despret and Donna Haraway combine their voices in this audio-visual piece by filmmaker Diana Toucedo, based on two of their fabulations: Haraway’s The Camille Stories, and Autobiographie d’un poulpe, by Despret.

In an indefinite future, Camille and Ulysse tell the interwoven stories of the first generation of their communities of humans and non-humans: the communities of compost. Camille is associated symbolically with monarch butterflies, whose migration routes and habitats in the US, Mexico, and Canada are under threat. Ulysse, like all the other Ulysses in the community, experiments with the possibility of living in the presence of the extinct octopus by learning the animal’s highly unique gestures, language and forms of sensitivity.
Framed as an oral tale and a correspondence between the two narrators and their stories, the film follows the ways of living and dying among communities on a damaged planet and their growing proficiency in a new field of scientific knowledge: terolinguistics, or the study of animal languages. The narrators, in harmony with their partners in symbiosis, become increasingly aware of the potential for growth inherent to the tentacular and metamorphic beings.

This encounter was captured by the filmmaker Diana Toucedo, whose work includes Trinta lumes (2018). With a gaze attuned to the mysteries of the natural world, the blurred limits between what we know and what we intuit, Toucedo joins Haraway and Despret in the construction of this narrative voyage made up of multiple intersecting lines–a playful web where speculative fiction and experimental essay merge as symbionts.

Film co-produced by the CCCB (Barcelona) and the Centre Pompidou (Paris), in collaboration with Fabbula

Katharina Hoppe is a researcher and teacher living in Frankfurt am Main. Her work focuses on sociological, political, and feminist theory as well as the sociology of social inequality, especially gender relations, and intersectional perspectives on ecological crises. She is a research Post-Doc at the Institute for Sociology at the Goethe University in Frankfurt. She recently published a complete presentation of the works of Donna Haraway and a systematization of her multi-layered concepts (Die Kraft der Revision. Epistemologie, Politik und Ethik bei Donna Haraway, Campus Verlag, 2021).

Diana Toucedo is a filmmaker and film editor living in Barcelona. She has edited twenty feature films to date, including the documentary All the night long directed by Isaki Lacuesta. Her first feature length film Thirty Souls premiered at Panorama Berlinale 2018. She directed Camille & Ulysse, a documentary film with Donna Haraway and Vinciane Despret for CCCB/Pompidou, and she is now developing her next projects, Puerto Deseado and La cinquième corde/The fifth string. In addition, she teaches in the Postgraduate programme in audiovisual editing at Pompeu Fabra University, while pursuing a PhD.