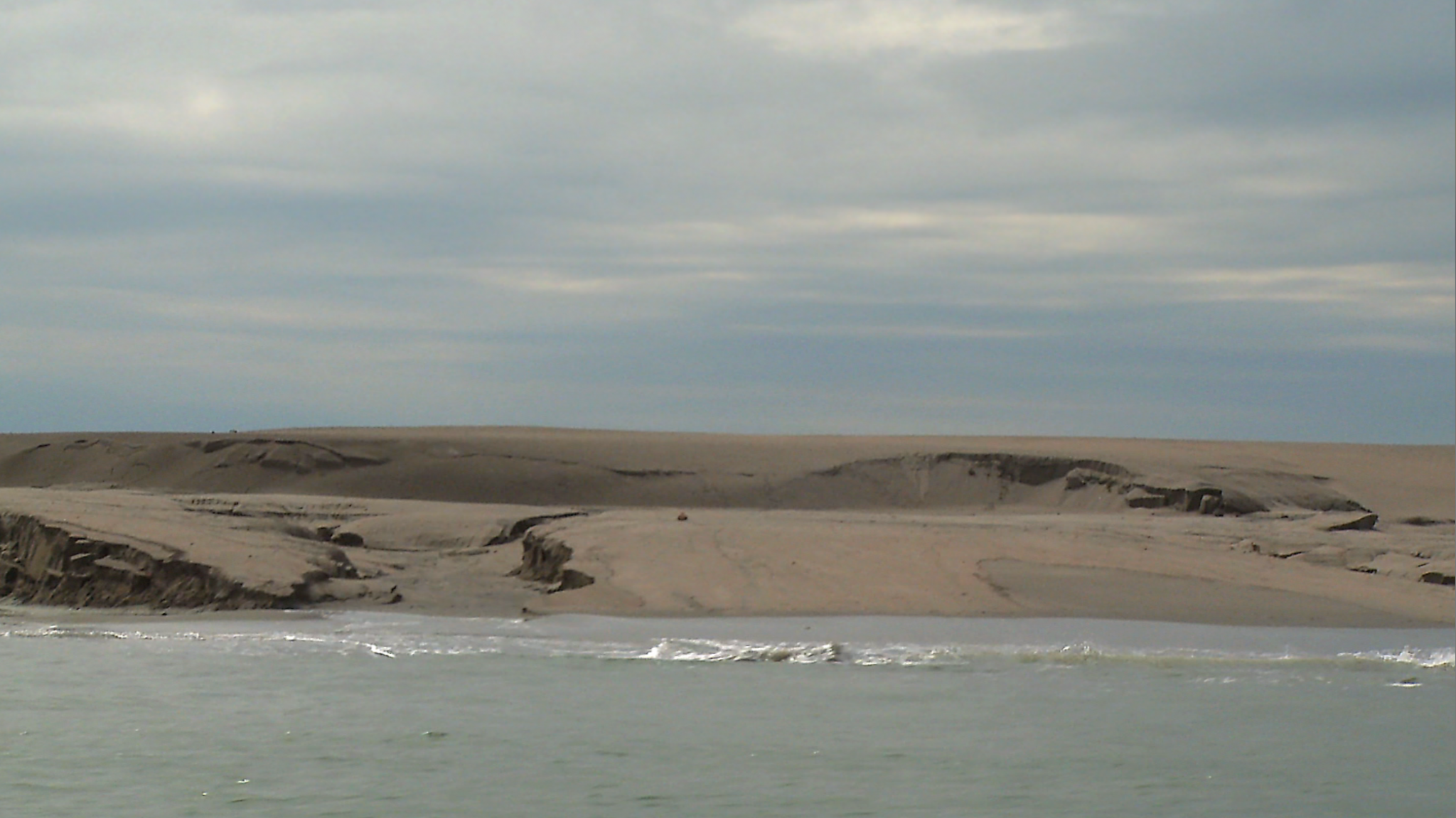 Surviving New Land (2010) by Marjolijn Dijkman is seen through the eyes of an explorer just before they disembark upon new shores. A long travelling shot skims a beachy stretch, which is actually none other than the Maasvlakte/Plaine de la Meuse in Rotterdam’s port. Voiceovers are taken from different films which narrate the Western colonisers’ landing on “unknown” territories. The second Maasvlakte was actually built by the same developers as the artificial archipelago “The World” in Dubai; a colossal undertaking where each island was supposed to represent a country. The credit crisis in 2008 led to the project being abandoned, confirming the sheer irony of ever-growing fantasies to conquer new lands in a bid to financially exploit them, all at the cost of natural lifeforms.