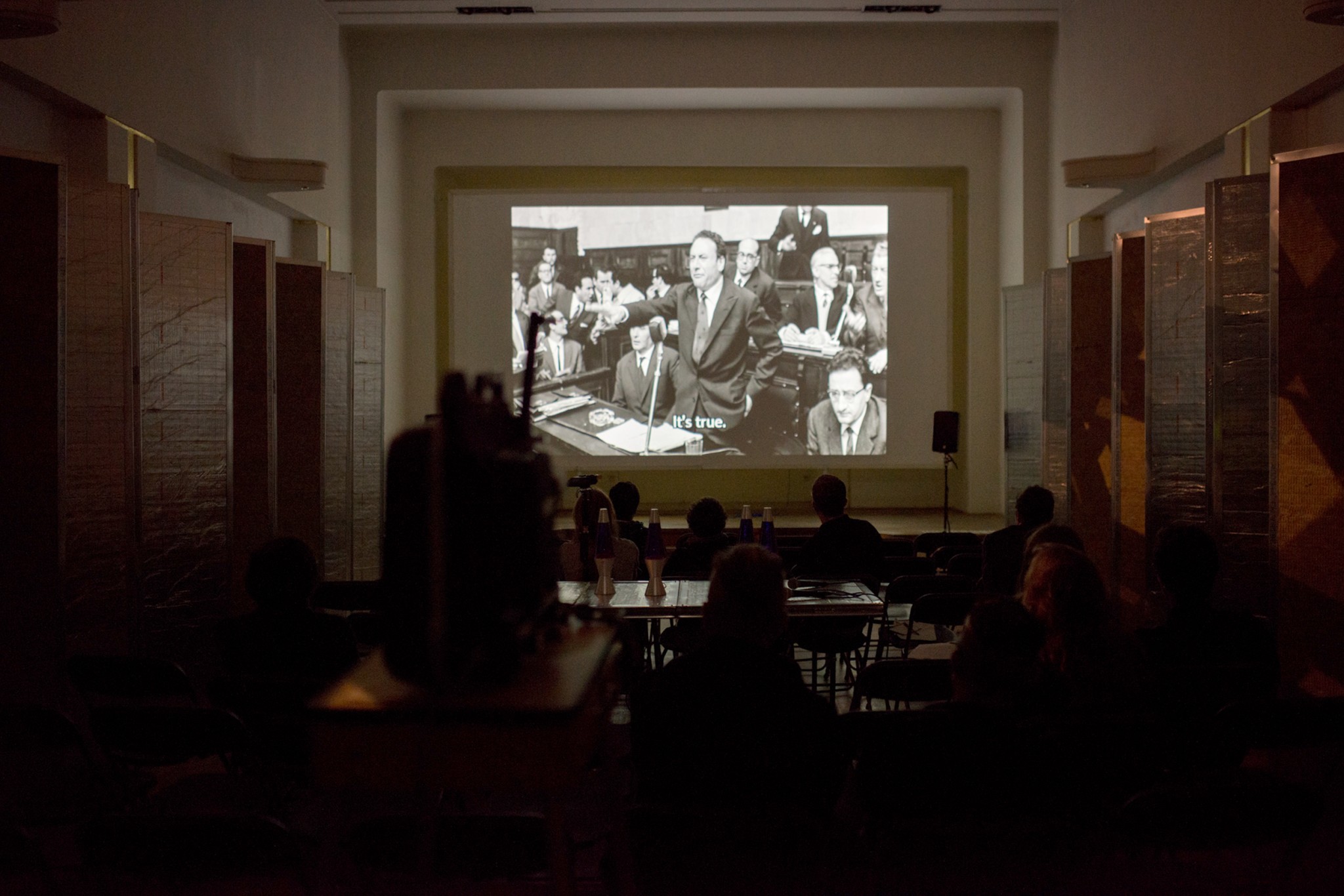 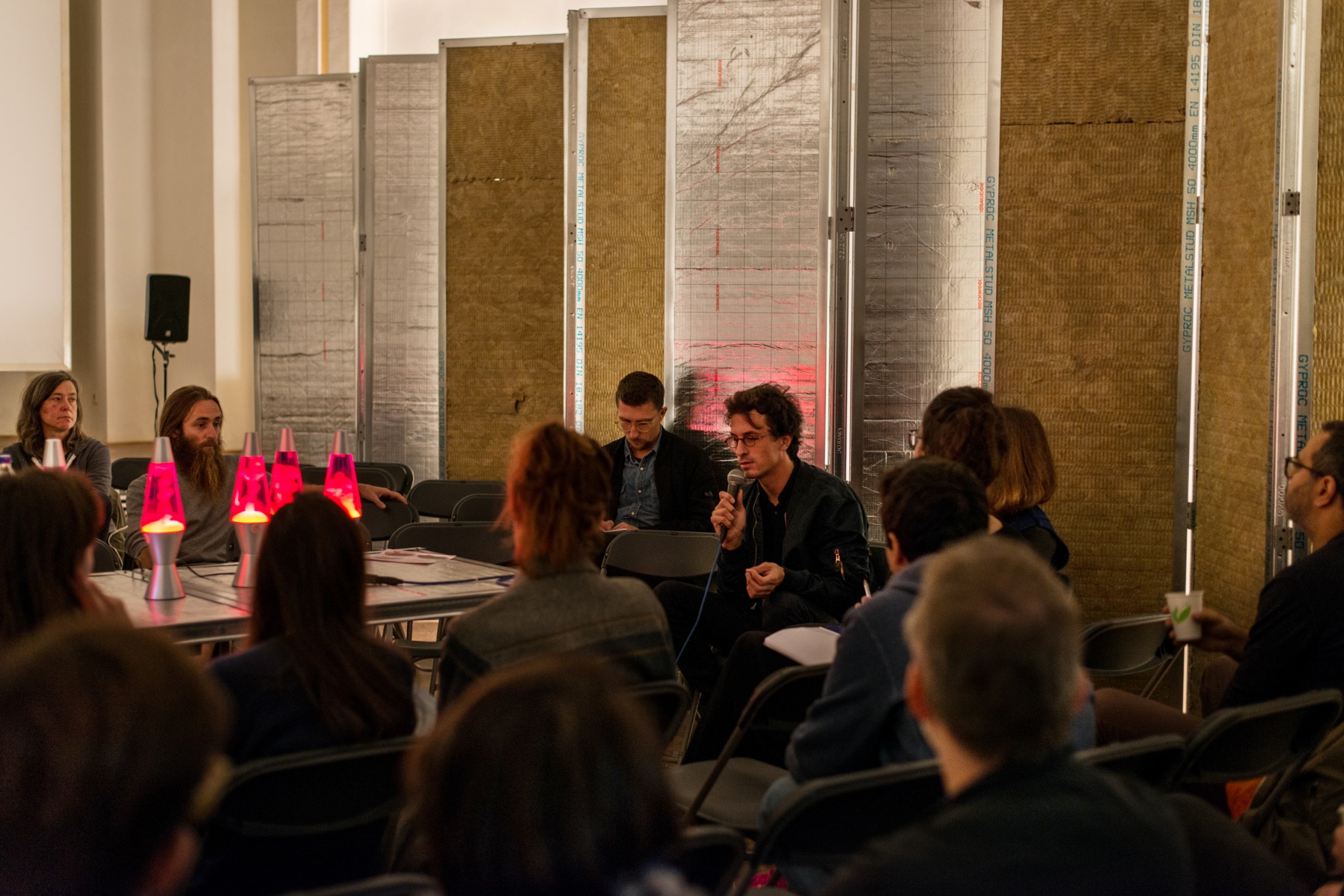 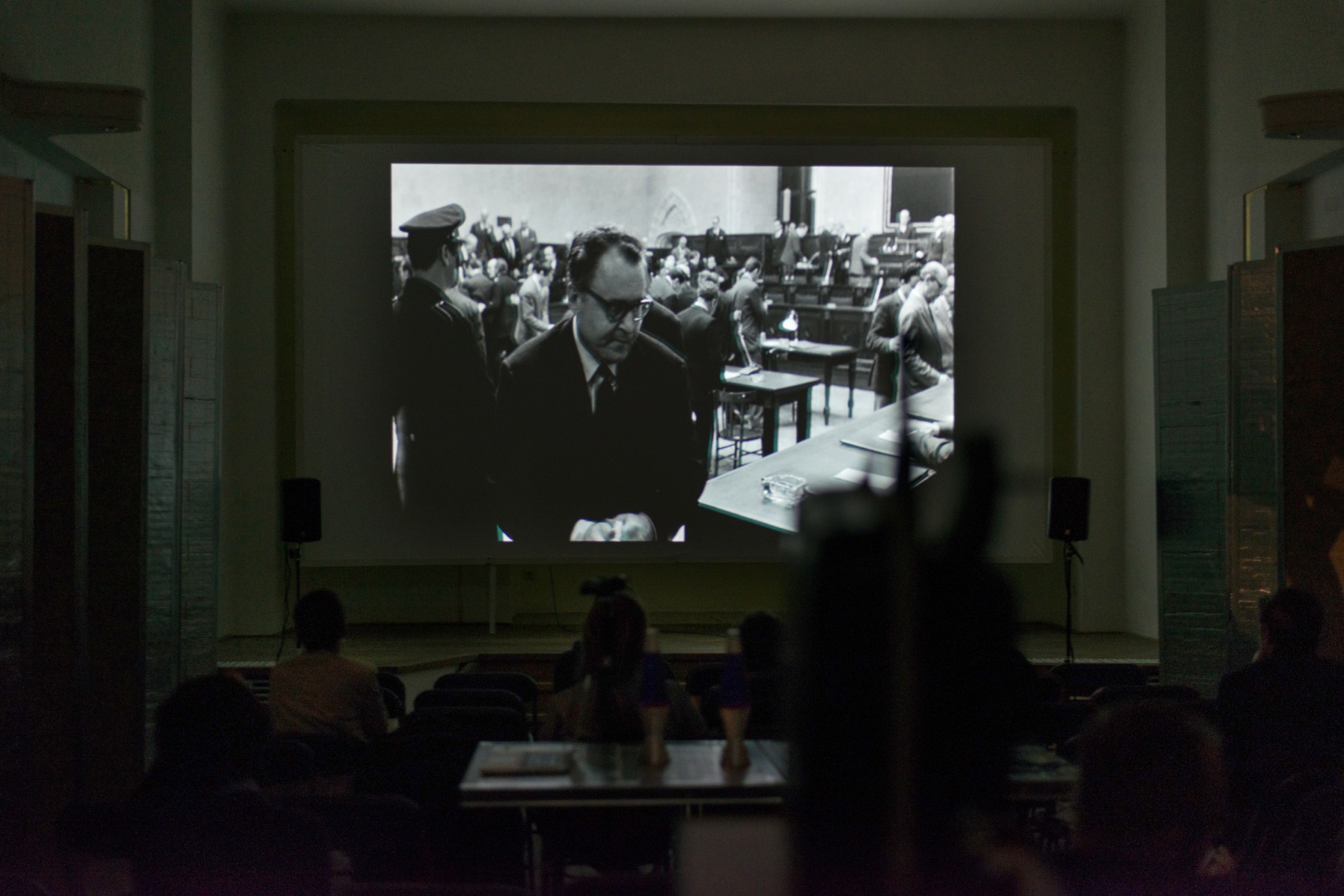 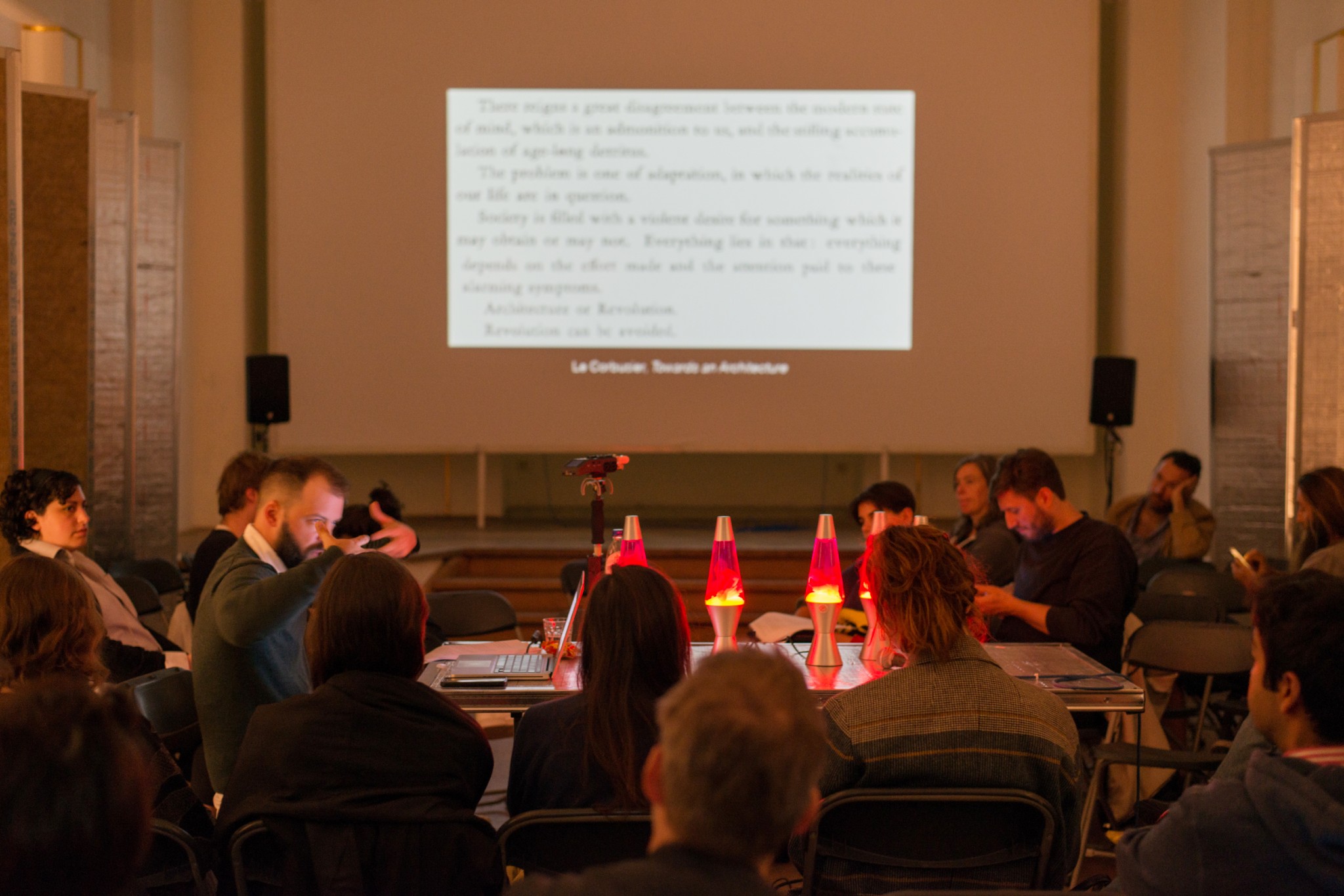 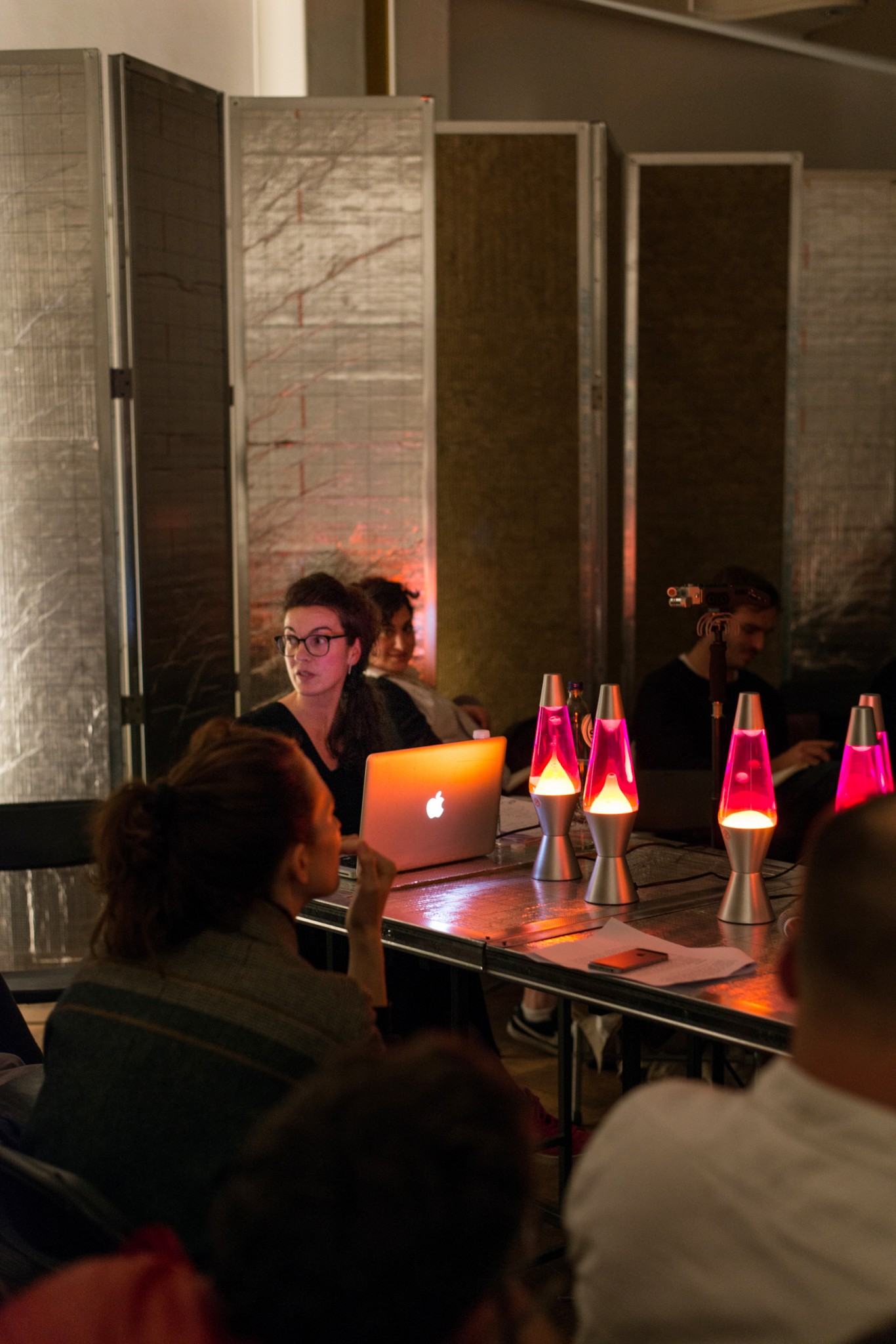 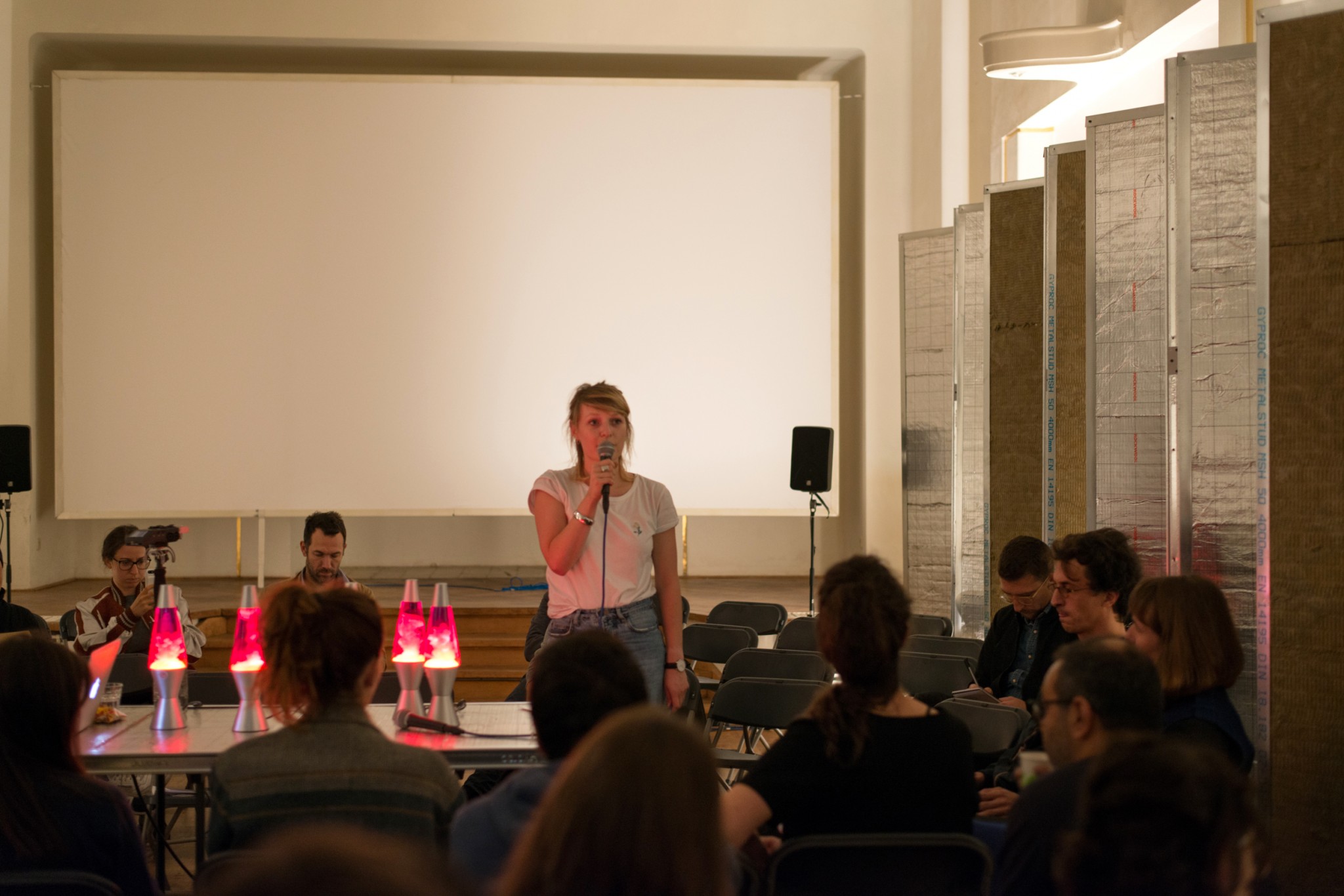 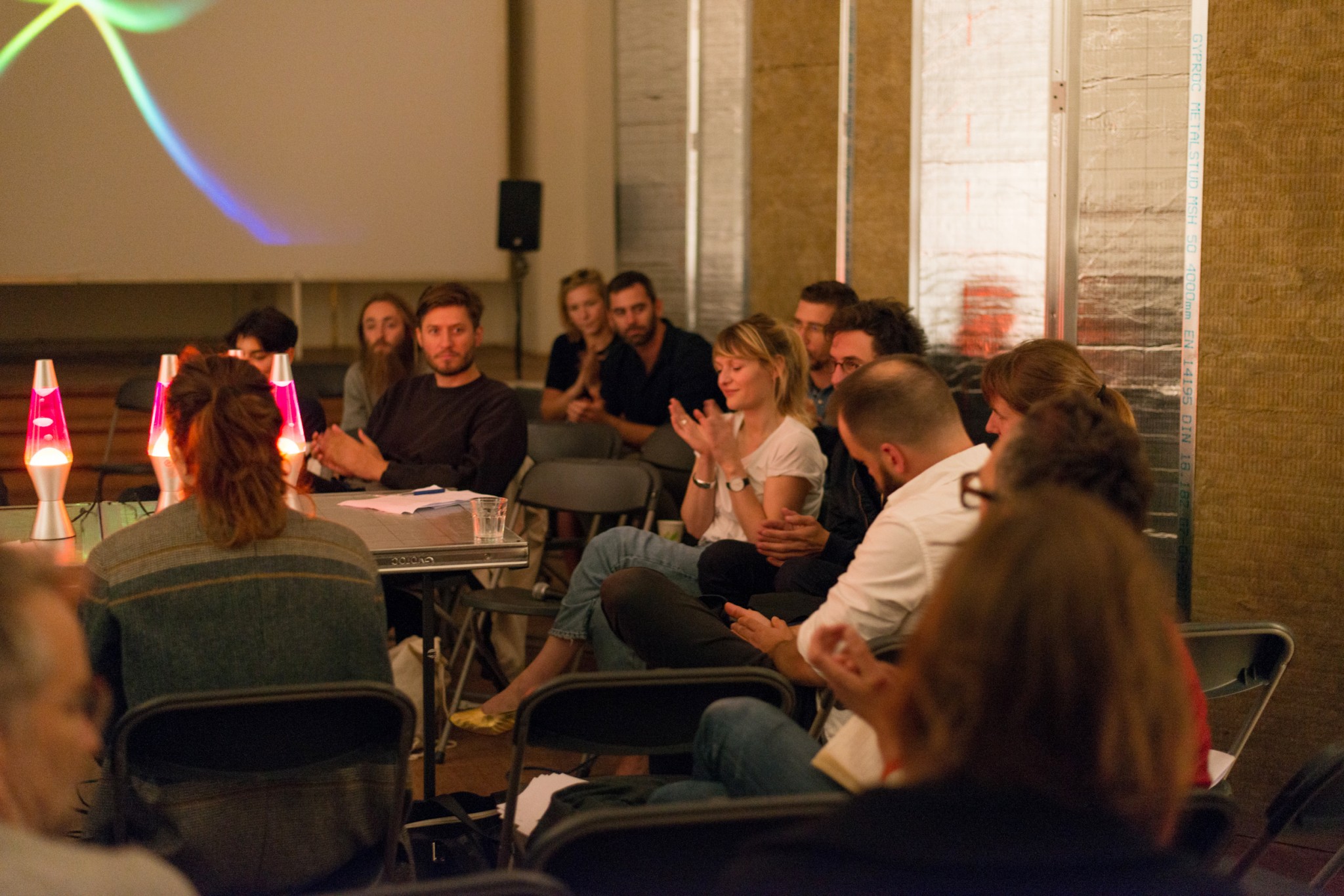 Allée Des Signes is a journey through the Allée des Cygnes in Paris where ideology materialises into spectacular signs. Using Guy Debord’s texts on psychogeography, the film describes the fast architectonic and urban metamorphoses of the city.

Shot in 1995 in SVHS, Vanitas is a film of the destruction of a concrete church in rue de la Roquette in Paris. As the tape decays over time, the images of the cathedral slowly degrade, echoing the cathedral’s demolition.

Hands Over The City tells the story of a corrupted Neapolitan land developer who uses political profit in a real estate deal. The collapse of a building prompts the Communist councilman De Vita to investigate the contributing factors in the disaster.

This newsreel is a critique of the construction of the Lincoln Center, home to the Metropolitan Opera and the New York Symphony, which has displaced more than 20,000 Latino families. Juxtaposing the atmosphere of Lincoln Center with the vibrant street culture of the displaced neighborhood, the film correctly predicts the process by which the West Side was to be turned into a high-rent area for the upper middle class.

The language of security has long carried a broad range of echoes and implications that move between finance, the built world, military affairs, surveillance, and a toxic stew of affects and anxiety. Yet in the past two decades, the now-omnipresent term gained even greater reach, especially connected with the declaration of the endless ‘war on terror’. In the formation of the United States Department of Homeland Security, for instance, governmental concerns as diverse as immigration control and enforcement, disaster prep, nuclear detection, and cyber warfare were joined into a single organization (and amorphous collection of often racialized fears) that targets anything deemed a threat to ongoing order. On the ground of a longer historical trajectory, this talk considers what the rise of security has meant for the spaces in which we dwell and argues that it needs to be understood as only the most visible form of an ongoing element of global capital: both the construction and destruction of working-class zones of life as a form of disciplinary violence, control, accumulation, and shaming. Drawing on the films screened earlier, the recent lethal Grenfell Tower fire, histories of medicine and urban planning, and a range of attempts to contravene both the discourse and mechanisms of security, the talk sketches an outline of what might be called counter-security, a stateless network of care, research, and refusal that works to defend the grounds of a life worth living.

18:00: To Care is to Become Aware (of the many inhabitants of the world), a talk by Isabelle Doucet

One step towards understanding how cities and buildings contribute to living environments that are safe, inhabitable, and caring, is to become radically open-minded as to who and what takes part in making-city. In addition to urban master plans, landmarks, and iconic buildings, many more actors play a role in the making of cities. Drawing from my encounter, as a researcher, with (radical) architectural and urban practices in Brussels, I will introduce a series of fascinating, surprising, and often-overlooked city-makers. Whether words, imaginations, frustrations, or seemingly banal infrastructures, those ‘unsung heroes’ play important roles in the making of and caring for the city.

Isabelle Doucet (BE, °1976) is a Senior Lecturer at the University of Manchester where her research focuses on the relationship between politics, aesthetics, and social responsibility in architecture. She is the author of The Practice Turn in Architecture: Brussels after 1968 (Routledge, 2015) and the co-editor of Transdisciplinary Knowledge Production in Architecture and Urbanism (Springer, 2011) and thematic issues for Footprint Journal (4.2009) and Candide Journal for Architectural Knowledge (10.2017).

Evan Calder Williams (US, °1982) is the author of Combined and Uneven Apocalypse; Roman Letters; Shard Cinema; and, forthcoming in 2018, The Grid Aflame. He is the translator, with David Fernbach, of Mario Mieli's Towards a Gay Communism, forthcoming this fall. His writing has appeared in Film Quarterly, Mute, WdW Review, The New Inquiry, La Furia Umana, World Picture, and The Journal of American Studies, amongst other publications. He is part of the editorial collective of Viewpoint Magazine and is a founding member of the film and research collective Thirteen Black Cats. His solo and collaborative films, performance, and audio works have been presented La Biennale de Montreal, the Serpentine Gallery, mumok, Portikus, the Whitney Museum, Tramway, Swiss Institute, Artists Space, Images Festival, the Ljubjana Biennial of Graphic Arts, and the Montreal International Festival du Nouveau Cinéma. He received a PhD in Literature from the University of California Santa Cruz, and he teaches theory at the Center for Curatorial Studies at Bard College and film production at Cooper Union

Entrance: 4 €
Seminar language: English
Audience is welcome to join at any time of the programme.
Seats will be available on a first come, first served basis.
Les Agapes, a commissioned site-specific installation by Stéphane Barbier Bouvet, will be open during breaks.