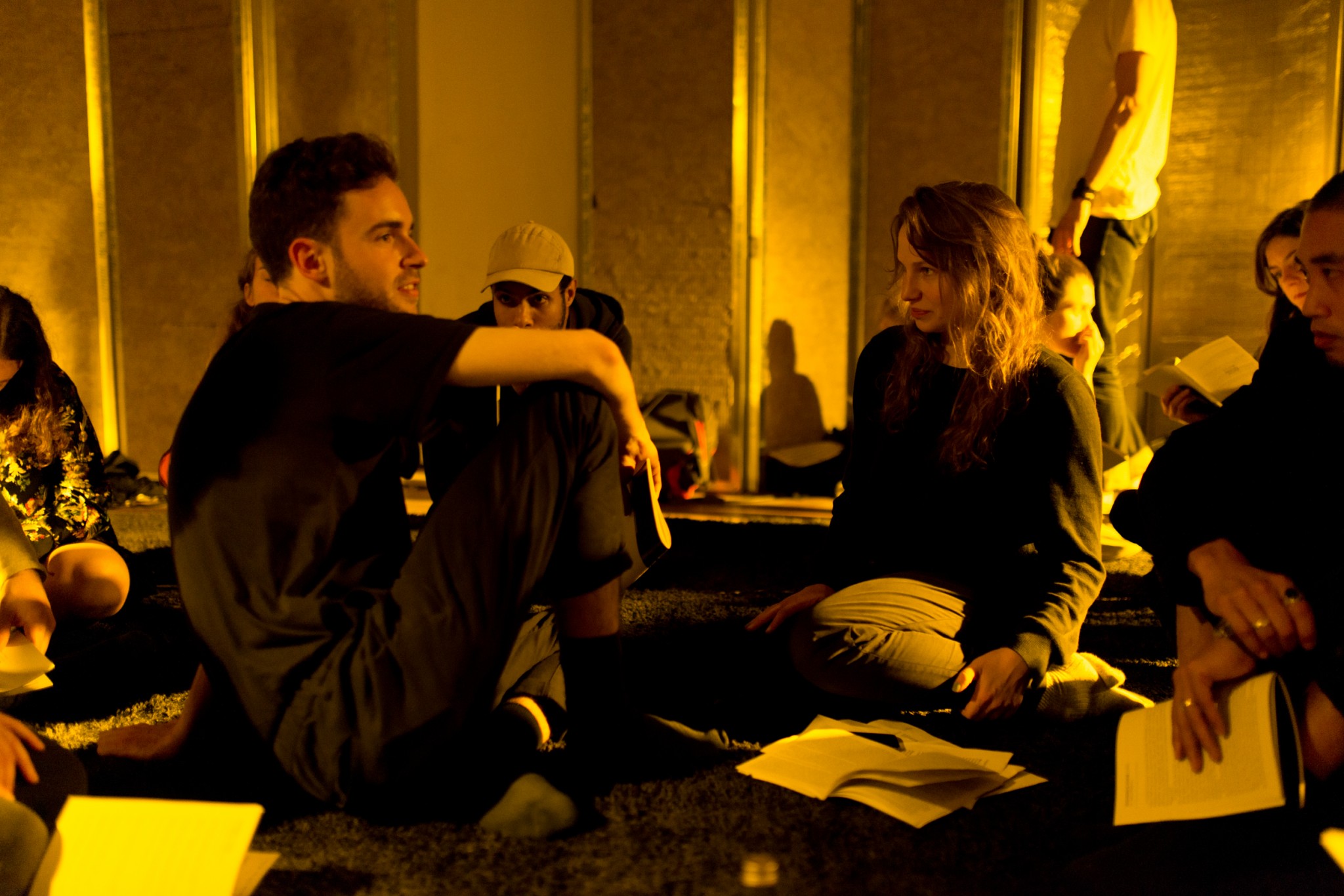 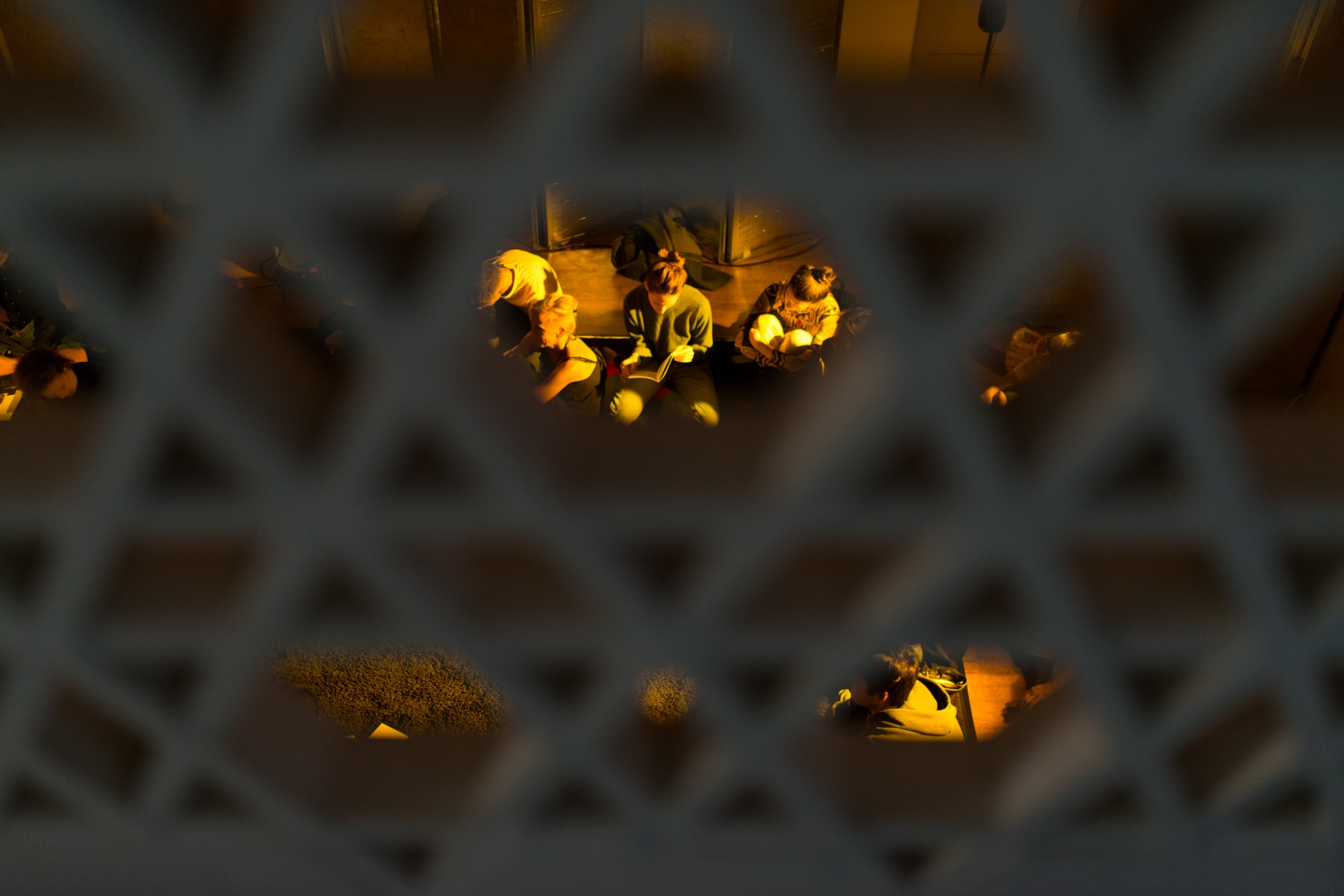 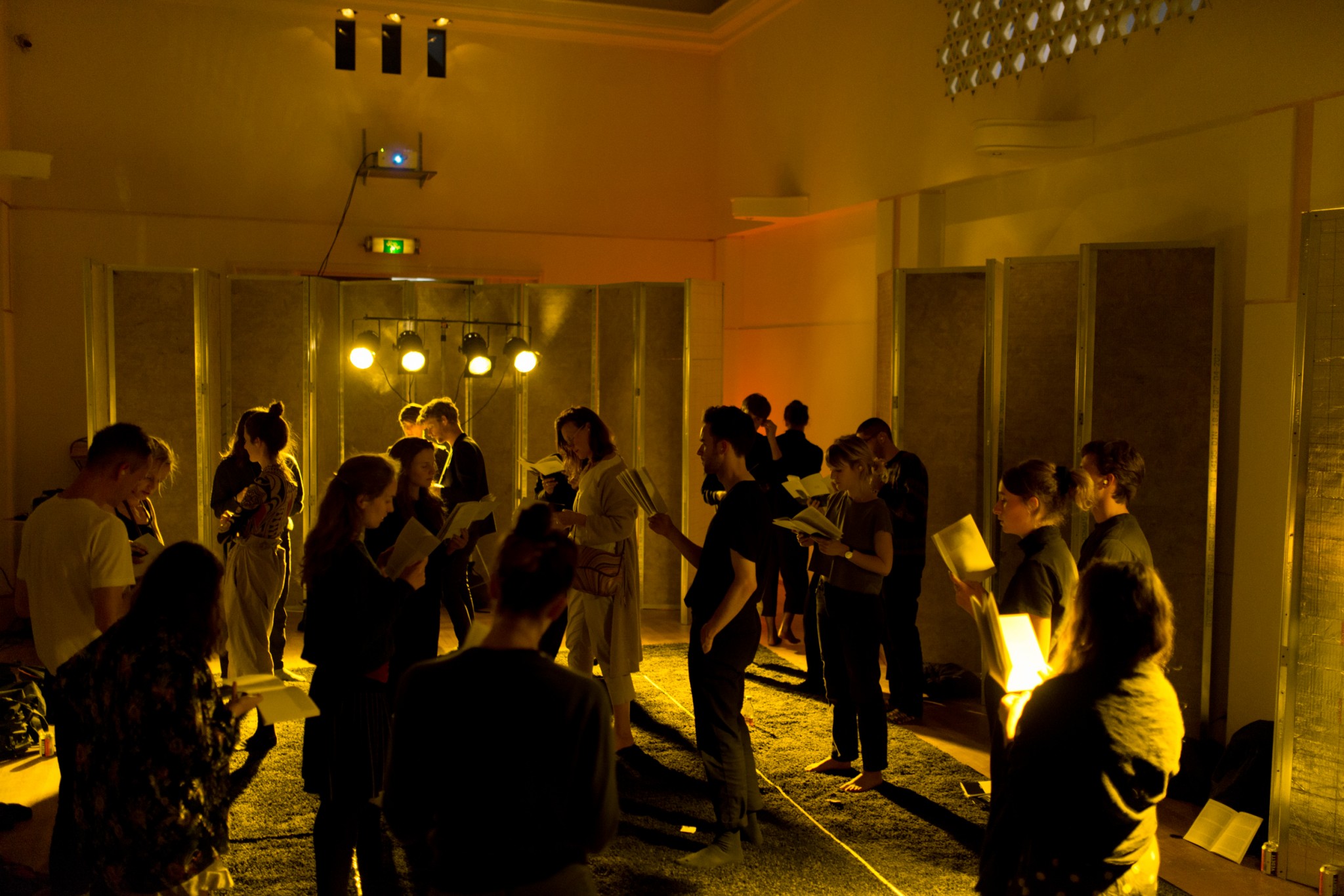 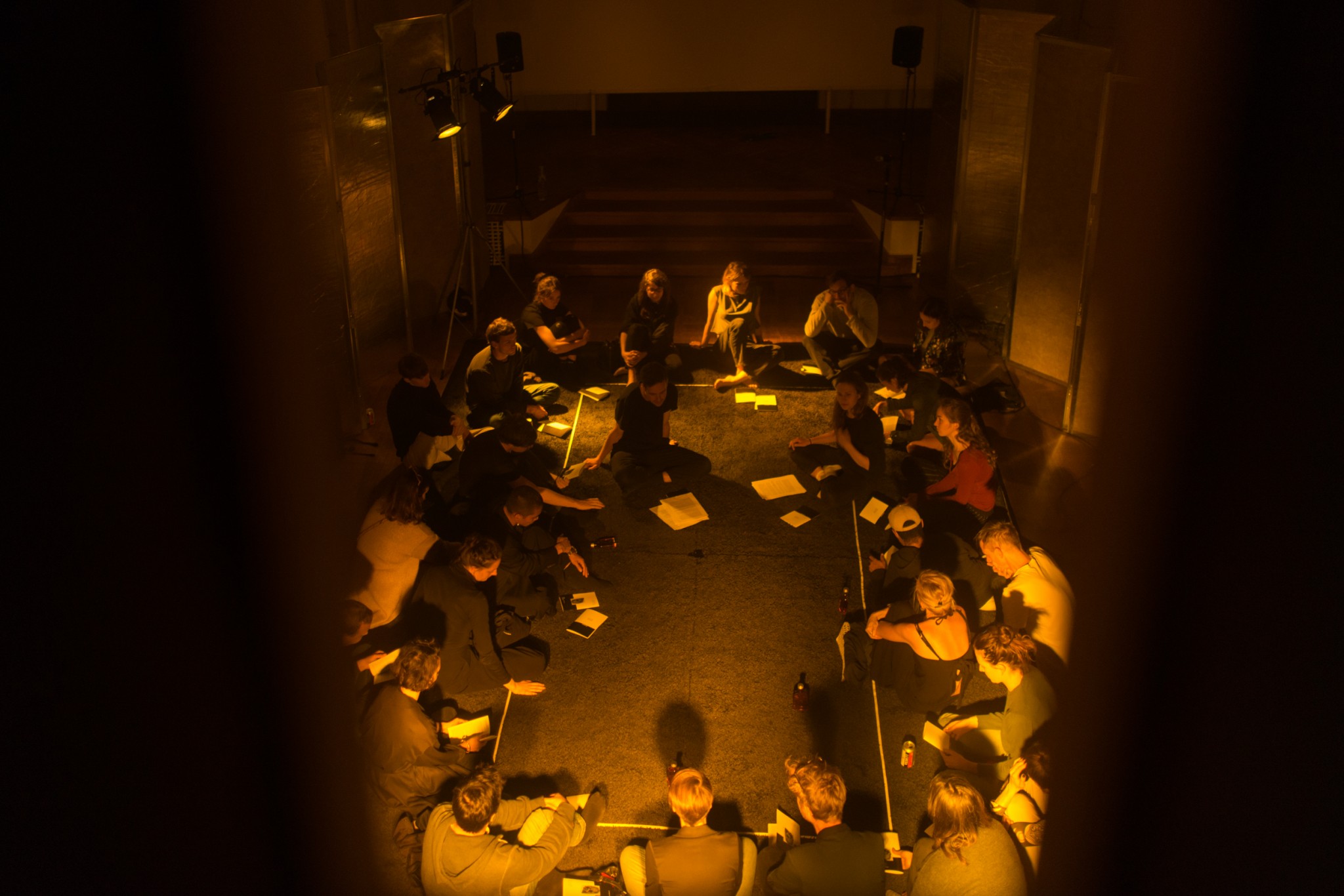 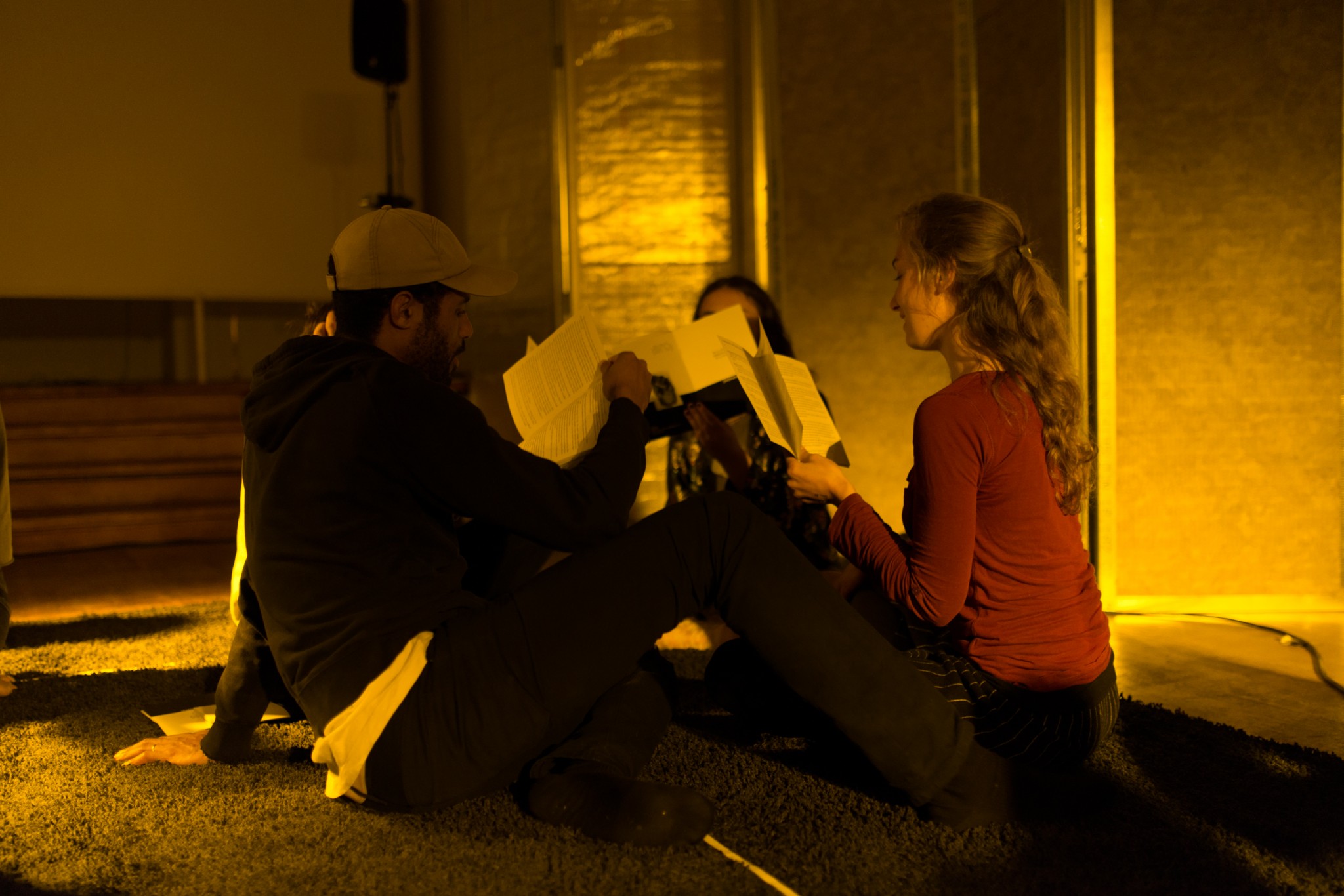 At La Loge, SRC leads the public through a number of choreographic reading situations. SRC does not aim at deconstruction or even comprehension of the texts, but at the production of a kind of excess: to temporarily suspendcriticality for intimacy and to negotiate agencies with the text.

Henry Andersen (AU, °1992) is an artist whose projects typically centre on written text and evolve through open-ended collaborations with friends. Andersen
is interested in poetry, architecture, and erotica. He has presented work in a number of festivals, exhibitions, and other platforms. He recently released a record of spoken text, Stanzas or the Law of the Good Neighbour, with the Belgian label KRAAK.

Bryana Fritz (US, °1989) is a dancer, performance maker, and unpublished poet. After her studies at the University of Minnesota, Folkwang Hochschule, and finally P.A.R.T.S., she worked with Robin Vanbesien, Sarah & Charles, Xavier Le Roy, Anne Teresa De Keersmaeker, and Eszter Salamon. Fritz often collaborates and has made performances with Christoffer Forbes Schieche, including The Breakfast Club (2012) and Sixteen Candles (2015). She is currently working on a solo and other manifestations (publications, music, and videos) under the title BLUE.